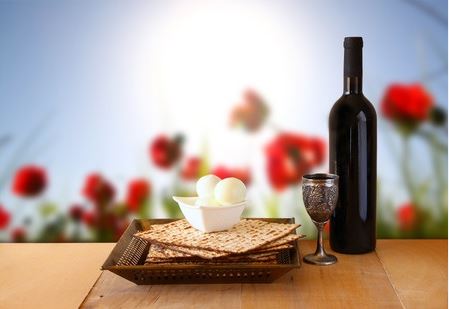 As many of you may know, we’re right in the middle of Lent, the time in Christianity in which followers of Christ rededicate themselves to their faith God. According to the United Methodist Church, Lent mirrors the 40 days that Jesus spent in the wilderness, resisting Satan’s temptations. To honor those 40 days of sacrifice, Christians will often deny themselves something that temps them during the 40 days between Ash Wednesday and Holy Saturday. Oftentimes, people give up sugary foods or vices like watching too much TV. Lent culminates in the celebration of the death of Jesus on Good Friday and his rising on Easter Sunday.

Passover, which is also around the corner, honors and commemorates Israelites’ exodus from Egypt, marking their freedom from slavery. Though Passover is only celebrated for eight days, there are many similarities between the Christian celebrations of Lent and Easter and the Jewish celebration of Passover. In many ways, Jews prepare their homes and hearts for Passover for many weeks leading up to Passover in much the same way as Christians spend Lent preparing for Easter.

According to My Jewish Learning, the resounding message for both celebrations is that of renewal and hope. Both Christians and Jews celebrate renewal at this time – ironically during the season of renewal, spring.

There are a number of parallels in both traditions, as well. Just as Jesus spent 40 days suffering in the wilderness in preparation for reuniting with God, so did the Israelites spend 40 years in exile preparing for the redemption of the Promised Land. Similarly, Passover celebrates the rebirth of the Jewish people. ReformJudaism.org says that during the 400 years of slavery, the Jewish people grew from a small clan numbering less than 100 to a population of more than 1 million, dramatically bolstering the Jewish population. Similarly, Lent and Easter celebrate the rebirth of Jesus, both in his death and in his resurrection from death.

If you’re interested in learning more about the Jewish faith – whether during the Lenten or Passover season or at any time of year – Rabbi Richard Polirer offers a wide range of Jewish education courses, including programs for those who want to convert to Judaism. Polirer’s classes and discussions will provide a comprehensive education about the practices and tenets of the Jewish tradition and bring you closer to your faith. To learn more, call Polirer today at 954-234-4153.